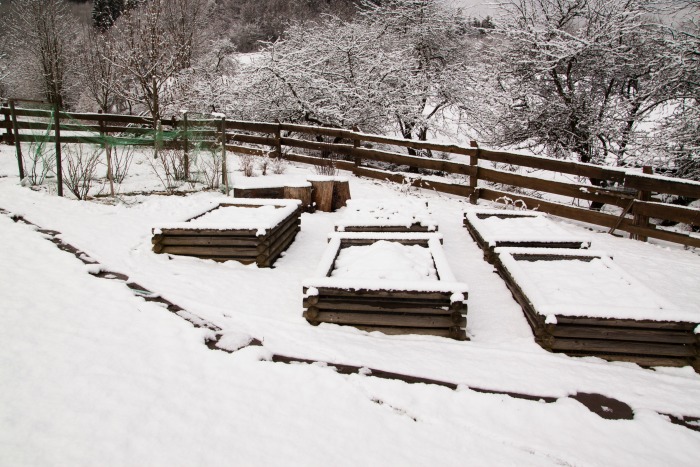 All of the snow accumulation from the extreme temperatures occurring through the country could be doing your garden some good. That right, folks snow is great for the garden!

Snow cover protects plants from harsh, drying winter winds which can freeze the ground and damage the root systems of shrubs and trees. In fact, without snow, cold weather could freeze the soil and further damage root systems in trees. You could say that snow it acts like an insulating blanket, and in wintertime, who doesn’t want an insulating blanket to stay warm? It works by trapping pockets of air that hold in heat for the plants. Mother Nature is a wondrous thing!

Beneath one foot of snow, the soil and the organisms within it are protected from changes in the air temperature above the snow surface. The moist surface of snow influences how much heat and moisture circulate between the ground and the atmosphere. For every inch of snow, you get 1 R-value of insulation. (R-value is a way to measure insulation). Although the R-value can vary with the type of snow, you can get a good idea of how insulating this really is to the garden.

Snow adds nutrients to the soil in the spring

The University of New Hampshire’s Department of Natural Sciences states that snow contains nutrients that penetrate into the soil and does some good for the plants that will grow in that soil later on in the year. Nutrients include nitro­gen (most prevalent), along with some sulfur and other trace elements. Studies even claim there are more of these nutrients bound up in snow than in the corresponding amount of rain.

Snow is also a slow re­lease moisture source. It sits on the ground and melts slow enough that the moisture has time to soak more deeply and thor­oughly into the soil. This is especially good for perennials and spring emerging bulbs. As well, snow acts as mulch over your garden, conserving moisture and providing some winter protection.

The University of Colo­rado in Boulder reported certain organisms get more active under snow and break down plant litter such as leaves and grass clippings, making more of the nutrients from that de­bris available for plant growth in the spring. As well, if the ground has not frozen over, roots will continue to grow and earthworms and bacteria in the soil will continue to turn garden debris into beneficial compost. You can increase these various benefits by shovel­ing sidewalk and driveway snow to areas of the garden that will eventually benefit from the added moisture and nutrients. Just don’t use shoveled snow that contains any salt or harm­ful chemical de-icers.

While many of us grimace at the idea of snow in the garden, these four points can give the gardener hope that Mother Nature knows what she’s doing.

Friends of the Gardener