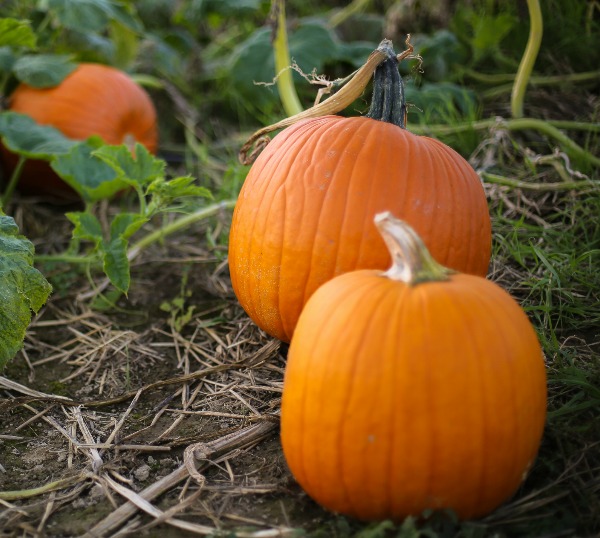 Small sugar pumpkins are a perfect addition to any autumn lovers garden!  Perfectly sweet or savory, based on your personal preference, these cute little pumpkins offer a nutritious treat without the tricks!

A great source of vitamin E, vitamin B6, folate, and iron, small sugar pumpkins are very low in saturated fat and cholesterol making them a sweet or savory treat that’s good for you, too! While many think of pumpkins as a staple in the fall season, adding pumpkin to meals throughout the year has been noted as incredibly good for the body. The potassium contained within pumpkins can have a positive effect on blood pressure while the antioxidants in pumpkin could help prevent degenerative damage to the eyes.  Pumpkin is also one of the best-known sources of beta-carotene. Beta-carotene is a powerful antioxidant which gives orange vegetables and fruits, such as carrots, their vibrant color. The human body converts any ingested beta-carotene into vitamin A. Consuming foods rich in beta-carotene may reduce the risk of developing certain types of cancer, offer protection against asthma and heart disease, and delay aging and body degeneration.

So if you’ve ever considered adding some pumpkins to your garden, why not try some small sugar pumpkins for a healthy and delicious autumn treat!

Keep the weeds under control during the growing season. Weeds compete with plants for water, space, and nutrients, so it is important to control them by either cultivating often or use mulch to prevent their seeds from germinating especially when the pumpkin seedlings are beginning to emerge.

Keep your plants well-watered during the growing season, especially during dry spells. Pumpkin plants will need about 1-2 inches of rain per week during the growing season. Use a rain gauge to check to see if you need to add water. It’s best to water with a drip or trickle system that delivers water at low pressure at the soil level. If you water with overhead sprinklers, water early in the day so the foliage has time to dry off before evening, to minimize disease problems. Keep the soil moist but not saturated.

HELPFUL TIP: Do not move or step on the pumpkin’s vines as they are quite fragile and can be permanently destroyed.

Bacterial Wilt – This disease is evident by a wilting and browning of the plant’s leaves. Sometimes the leaves will firm up at the end of the day, only to repeat itself the next morning, and get worse each time. This can sometimes be confused, with wilting due to lack of water or high temperatures. Wilting from lack of water results from either a literal lack of water in the soil or the vine ends not getting enough water as the fruit is sucking up all the nutrients. The acid test for bacterial wilt is to take one leaf and cut it an inch or so from the vine. If the sap that drains out is yellow and stringy, you have confirmed the presence of Bacterial Wilt disease. There is no known cure for bacterial wilt, and the plant will die. The best course of action is to remove the diseased plant. Do not put it into your compost pile.

Powdery mildew – This disease looks exactly like what it sounds like. First seen on the lower leaf surface, powdery mildew is a white “powdery” covering of spores that move from the lower leaf surface to the upper, eventually defoliating the pumpkin plants. Spores survive among the soil and crop residue and are dispersed via wind. It is one of the easiest diseases to identify and unlike other foliar diseases, tends to increase in severity during periods of dry weather. To combat powdery mildew, rotate with non-cucurbit crops and treat with fungicide at the first sign.

Once the pumpkins have cured in the sun, store them in a cool dry place. They will remain in good condition for about two more weeks.  You can, at this point, remove the seeds, roast them, and enjoy them as a delicious snack. Can the pumpkin “meat” for later use in soups or pies by using a pressure canner.  This method is recommended because of pumpkin’s low-acid content. You also should not can pumpkin puree, instead, can the cubes and mash it up when you’re going to be making that delicious pumpkin pie!

For more detailed instructions on how to can your pumpkin for storage, please click here.