How To Save Your Garden From Frost 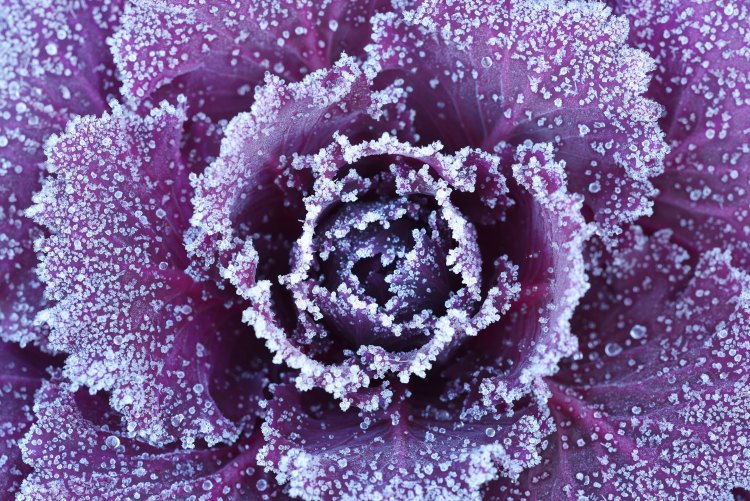 According to The Farmer’s Almanac, winter will not only be “teeth-chattering cold” but hit many places pretty early. There are some ways to save your vegetables from an early frost, though and we’ve compiled this helpful guide full of tips and tricks to get the most out of your garden before winter comes.

You’ll want to break out the winter hats and boots early this year because Managing editor of the Farmer’s Almanac, Sandi Duncan said that the cold will likely hit us sooner than normal this winter. “We’re summarizing it as ‘cold and wet’ and the interesting thing is, it looks like winter might start a little bit early. We have some winter storms predicted early on,” said Duncan according to The Press Herald.

One of the biggest concerns gardeners have (especially those of us living in regions where an early frost is not only common but likely) is the loss of vegetables and all of their hard work toward a self-sustaining lifestyle thwarted by an early frost. When the water inside a plant freezes, it can cause the plant’s cells to burst, resulting in irreparable damage, often to the point of killing the plant. I have experienced this already this year.  I will not be able to save my bell peppers, however, once it was realized that frost is to blame, steps have been taken to protect the tomatoes, onions, beans, peas, and carrots from any more damage.

If you can protect your plants by bringing them indoors, this is the easiest way to stave off the frost. But most gardeners cannot pick up their entire vegetable garden and put it in their living room. But, what can be done, is a thorough watering.  If there’s a suspicion that you may get a frost overnight, thoroughly water your garden earlier in the day before the temperatures drop that night. The water can act as an insulator. Plant cells that are plump with water will be stronger against cold damage. Likewise, moist soil will tend to stay warmer than dry soil, so a regular watering schedule in dry, cold weather can help protect plants from freezing temperatures.

Today’s Homeowner offered some great tips on watering before a frost:

If your soil stays frozen all winter, then fall is the best time to make sure everything is well watered before the ground freezes. If you have noticed any trees begin to change, start your winter garden preparations now. 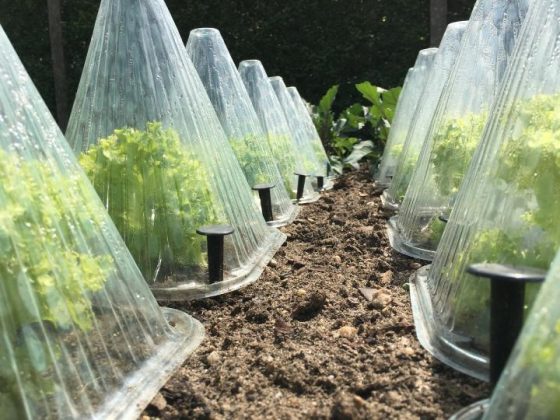 The next step is to cover your plants. The most important thing to do is to make sure you cover your plants before dusk. If you wait until darkness falls, most of the stored heat in your garden’s soil will have dissipated. Most larger plants, such as tomatoes, can be covered with fabric, old bed sheets, burlap, or commercial frost cloths.  You should avoid using plastic to cover the plants, however. For best results, drape the cover over a frame to keep it from touching the foliage. Fabric covers help to trap heat from the soil, so make sure your cover drapes to the ground. Uncover them in the morning when the temperature rises above freezing. If you have some smaller plants, you can even use an inverted bucket or flower pot to keep the plant safe from the cold. Your plant covers don’t have to be elaborate or expensive in order to work. A row of sticks with newspaper, cardboard, or old bedsheets and towels tented over them will do just fine.

BONUS TIP: Warm up your plants with water jugs. Just fill up old plastic milk jugs with water and place them in the sun, allowing the jugs of water to soak up heat during the day. Before dusk, set the jugs around your plants and throw a cover over them. The water in the jugs will lose heat more slowly than the soil and the air, and they will emit warmth that will help keep your plants from freezing.

Regardless of how you choose to set up or attempt to stave off this year’s early frost, remember, there’s only so much that can be done.  Winter is right around the corner and if the Farmers’ Almanac is accurate once again, we’re in for a long stretch of beautiful white cold winter days. “Contrary to some stories floating around on the internet, our time-tested, long-range formula is pointing towards a very long, cold, and snow-filled winter,” said company president Peter Geiger. “We stand by our forecast and formula, which accurately predicted most of the winter storms last year as well as this summer’s steamy, hot conditions.” 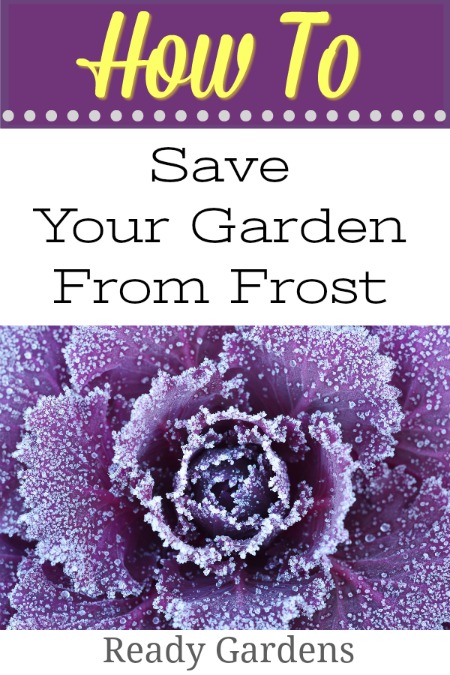