How To Store an Abundance of Cilantro 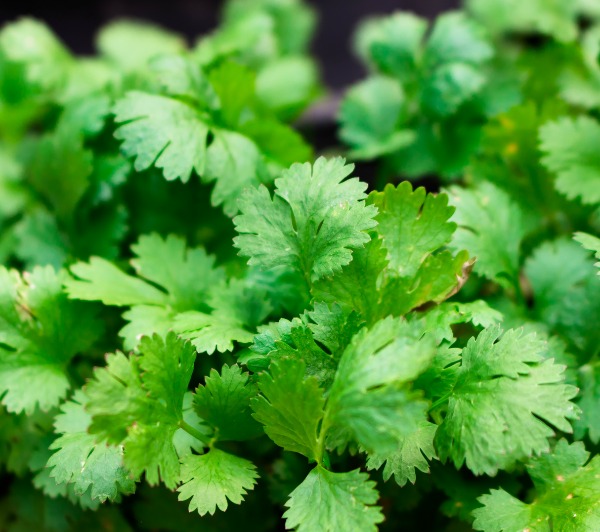 If you are anything like me, you’ve gotten way too much cilantro in your garden this year to possibly use it all up while it’s still fresh.  It seems like it might be a difficult herb to save, but I’ve come up with a few tips to help you store your cilantro rather than just letting it go bad.

In the United States, the leaves of the plant Coriandrum sativum are known as cilantro, which is the Spanish translation, and the seeds are commonly called coriander. While the entire plant is edible, including the roots, the leaves are what is most often used in cooking in the US. Cilantro is best known for its use in Mexican and Thai cuisine but can be incorporated into soups or vegetables as well.

Cilantro is a “love it or hate it” herb, but for those who enjoy its flavor, they are getting some nutritional benefits too. As a relative of parsley, it packs a punch with vitamin K and vitamin A.  In fact, it takes just a quarter of a cup of cilantro to get 5% of your daily value of vitamin A! That’s great news for lovers of the herb. Additionally, due to its high antioxidant content, oil extracted from the leaves of cilantro has been shown to inhibit unwanted oxidation when added to other foods, delaying or preventing spoilage.  That means cilantro has preservative qualities. But that certainly isn’t all! A compound called dodecanal which is found in the leaves and seeds of cilantro has also been found to have an antibacterial effect against Salmonella. In laboratory tests, dodecanal was twice as efficient at killing Salmonella than the commonly used medicinal antibiotic gentamicin.

So, as my cilantro continued to grow and take over my garden kind of like a weed, I slowly began to realize that I couldn’t possibly make enough tacos and guacamole and salads to use it all up while it’s still fresh. I then embarked upon a journey of learning how to store it. I began looking for ideas to salvage as much of my cilantro crop as possible, since I love the herb, and it is incredibly beneficial. In doing so, I found the best way to preserve the flavor of cilantro is to actually freeze it, rather than dry it. But you could do both or just add more of the dried herb for a similar flavor.

Freezing cilantro rather than drying it so it will retain more of its distinctive herbally bite of flavor and it is actually a pretty simple process.  To begin, you will want to wash and drain whole sprigs, then pat dry with paper towels. Place a few sprigs (as many as you think you’ll use at one time or in one salad) into small plastic freezer bags and freeze.

Another simple freezing solution you could try is to chop up some cilantro and freeze it in ice cube trays. Use a very sharp knife during this process. Cutting with a dull knife or over-chopping will bruise the herb, and much of the flavor will be misplaced onto the cutting board’s surface. Place about a tablespoon of chopped cilantro in each ice cube section, cover with water and freeze. This is a great way to store cilantro and an easy way to add just the right amount of the herb to your favorite recipe.

Drying cilantro can still be effective and may be the solution for those who don’t have a freezer or are lacking in space in their freezer. If you do decide to try drying cilantro, tie bunches of the herb at the stem ends and hang them upside down.  Be sure to keep the drying cilantro away from any direct sunlight. Both frozen and dried cilantro is best used in cooked dishes, not salads or salsas.

Helpful Hint: If you’d like to keep newly harvested cilantro fresher for longer, try this: first, snip off the ends of the stems and place the bunch, stem side down, in a glass with an inch or so of water. Cover it with a plastic bag and secure the bag with a rubber band. Store the herbs in your refrigerator. The cilantro should stay fresh for up to one week if you change the water every other day. Cilantro prefers cooler temperatures and will stay fresh a lot longer in a refrigerator. 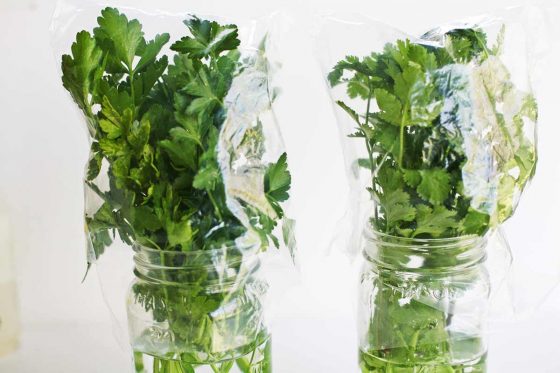 Another quick tip to keep in mind is that It is often best to add your frozen, dried, or fresh cilantro at the end of your cooking because the plant has gentle leaves. This will help maintain the flavor and texture of your cilantro.

Hopefully, this simple guide will help you save a lot of this delicious and fresh tasting herb to use in your winter dishes! Try tossing one of your cilantro ice cubes into a boiling hot bowl of soup this winter! How cozy! 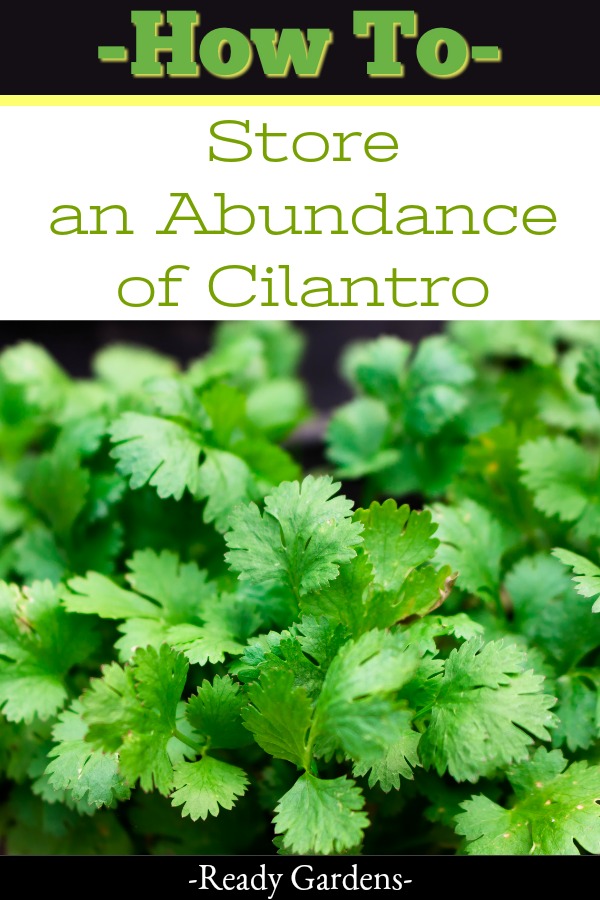